Mountrail-Williams Electric Cooperative (MWEC), one of the largest power distributors in the Upper Midwest, recently opened its new headquarters in Williston, North Dakota. The four-story, 85,000-square-foot building was designed to achieve a LEED® Gold certification with an emphasis on highlighting the efficient use of electricity in a cold climate. 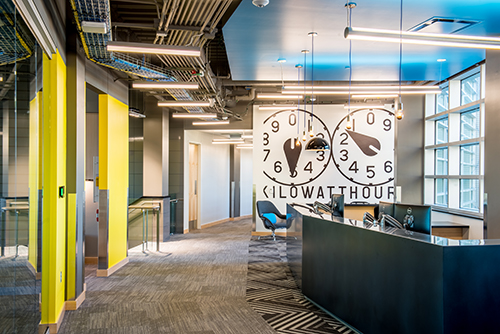 The new building was necessary to accommodate a decade of unprecedented growth at MWEC resulting from the oil boom in the Bakken Region of North Dakota. The cooperative currently has 84 substations in its service area compared to just 19 in 2007. The city of Williston’s population has doubled since 2007. The demand has seen MWEC, a not-for-profit, member-owned electric distribution cooperative, nearly tripled its workforce since 2010 to manage a consistent backlog of requests for power.

MWEC’s and JLG’s shared overarching design goal for the new headquarters was focused on “looking to the future,” said JLG’s project manager, Nick Lippert, AIA. “The entire design aesthetic is aimed toward employee experience; not just now, but for the future generations MWEC is investing in.” He added that showing commitment to the community and the co-op, plus showing commitment to being leaders in energy conservation were two more key design goals for the project.

Linetec was among the first anodize finishers to change from the traditional caustic etching process to a more eco-friendly etch system allowing customers to use secondary (recycled) billet in the anodize process. Small surface defects, such as those common in recycled material, are hidden by the eco-friendly anodize finish’s “frosty” matte appearance. The resulting surface also reduces glare in bright sunlight or reflected off snowy landscapes. 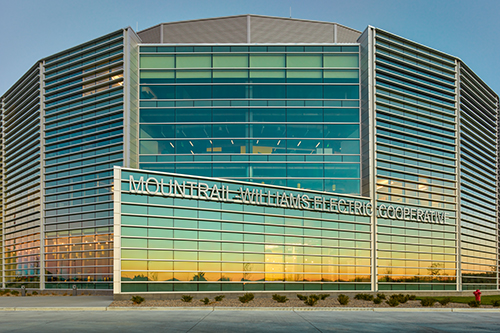 Linetec’s eco-friendly anodize process also reduces landfill waste by 75-80% compared to the traditional etching process. Landfill waste directly relates to the production of greenhouse gas. It also has the viscosity of water and will not collect in the small recesses of aluminum extrusions or narrow aluminum tubes, which extends the durability and lifecycle of the finished architectural aluminum product.

For MWEC, Linetec’s Class I clear anodize meets or exceeds industry-leading specifications of the American Architectural Manufacturers Association’s AAMA 611. An integral part of the substrate, the anodize process produces an oxide film that is uniform, hard and protects the structural integrity of the aluminum, adding to its long life cycle. At the end of its useful life on the building, it is 100% recyclable.

MWEC’s facility also incorporates motion and sound sensors for optimizing electric lighting use throughout the building. In addition, 150 geothermal wells on the property, each drilled down to 300 feet, heat and cool the entire building with renewable energy.

Multiple glass types were selected for the vision and spandrel applications. “Some of these bays are 64 feet tall and made up of 32 separate units,” noted Joe Haider, branch manager at Fargo Glass. Validating Tubelite’s systems’ dependable performance, Haider said that when the field air/water testing was conducted on the installed, four-story 28-by-64-foot bay, “the engineers said it was the best test results they had ever seen.”

Along with the extensive use of Tubelite’s thermal curtainwall and wide stile entrances, Fargo Glass installed Tubelite’s 400 Series Curtainwall, E14000 Series Storefront Framing and Narrow Stile Entrances throughout MWEC’s headquarters. Fargo Glass also worked with Tubelite to integrate MWEC’s name in large metal letters within the façade. The transparency of these glass and the aluminum systems frame the active, productive offices and collaborative workspaces within the new, modern, corporate headquarters.

“We are very pleased with our building and the ease of which the curtainwall construction was brought to the project. Most of all the beauty and the energy efficiency it brought  to our building, we are so proud!” said MWEC’s general manager, Dale Haugen. 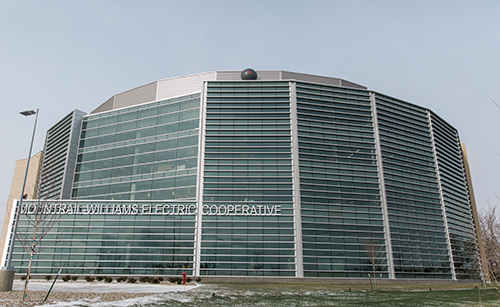 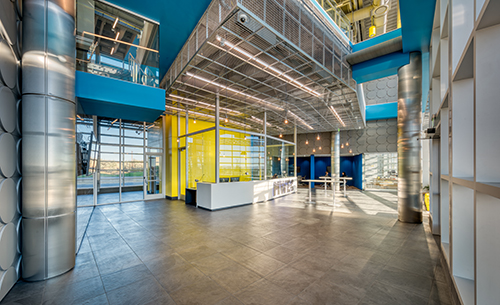 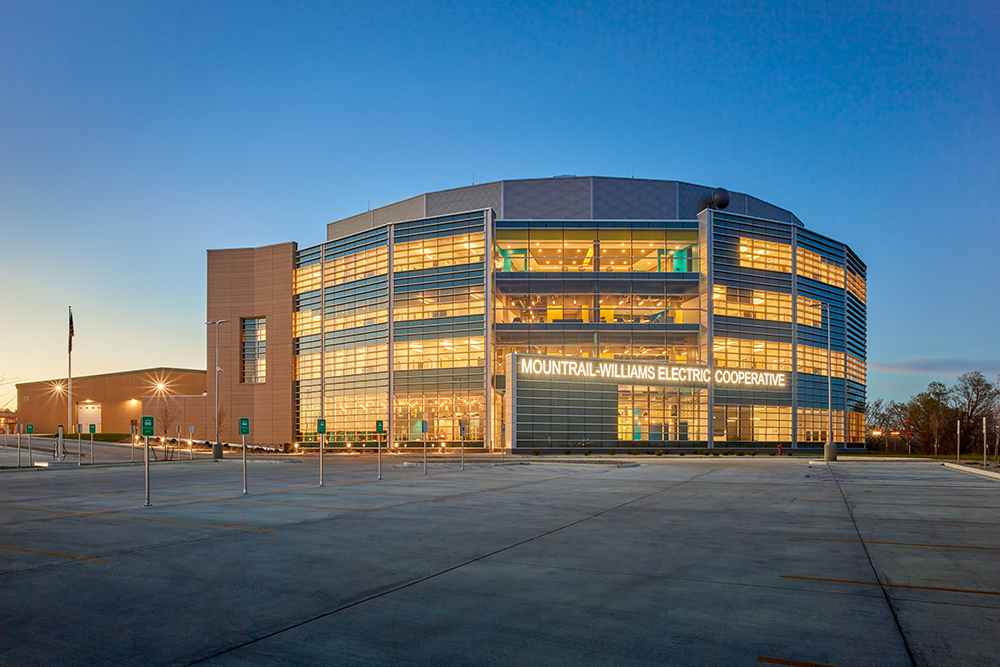